The Historical Society of Elizabeth seeks to preserve and research Elizabeth, New Jersey’s rich history. We document the people, places and events that shape our past, exploring the social, political and economic life of Elizabeth through the 20th century and beyond. We work and share knowledge with city residents. Elizabeth Through the Ages

Elizabethtown becomes a formal settlement, the first permanent English community in New Jersey. They had benefited from the transfer of power from Dutch to English with the British capture of New Amsterdam.

Elizabethans, John Ogden, father (1609-1682) and son (1638-1702), constructed the oldest portion of their home about 1680. Both had been born in Bradley Plain, Hampshire England, came to the colonies about 1641, first to Connecticut, then to Long Island, before becoming founding settlers of Elizabeth in 1664. Their house would be developed by several subsequent owners and eventually be known as the Belcher-Ogden mansion, a beautifully proportioned example of Georgian architecture and the brick style known as Flemish bond. One subsequent resident was Jonathan Belcher ( born January 8, 1682- Cambridge Mass.). Belcher graduated Harvard in 1728 and also received additional education in London. He was Governor of Mass. and New Hampshire (fired because he was very unpopular). He was appointed by King George II (whom he had met while in Europe) to be Governor of New Jersey from 1747 to his death in 1757. Belcher was very popular and respected in New Jersey. While Royal Governor he resided in the mansion and became a benefactor of the college which would become Princeton University. Belcher granted the school a charter in 1748 while it operated in Elizabeth and donated 474 books, the beginning of its library. 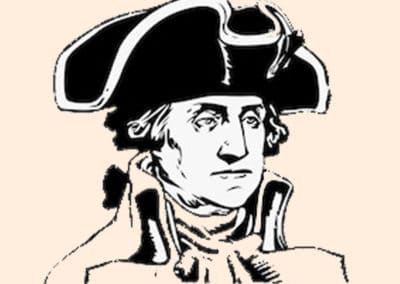 The Elizabeth Legend of George Washington The Elizabeth Legend of George Washington

HSENJ President Anastasia Ceil Mantia. "We live today learning truth from our past and present...

Thanksgiving 2022: We have plenty to be thankful for.

Feeding Time on "The Corner. "

Veterans Day 2022: Thank you for your service.

Thank you for watching our 2022 Hispanic Heritage Month Forum! Remember that you can rewatch...

You are welcome to visit Belcher-Ogden Mansion as a Four Centuries in a Weekend site!...

Please download Our new HSENJ Android App for more information about our organization and activities...

Doors will be open for you to visit the Belcher-Ogden Mansion this weekend, October 15-16...

Memorial Day 2022 To those who served and sacrificed and their families: We Remember.

One Blue Jay- Two Blue Jays- Hanging out on "The Corner. "

Posted @withregram • @futurecityinc Welcome Emma! Lighting up 2022, this beautiful photo was shared by...

January 28 on "The Corner:" Last "Fill Up" Before the Snow

Feeding Time on The Corner

Message from the Historical Society of Elizabeth New Jersey.

HSENJ and Future City Board members and invited guests enjoyed a special breakfast at Nano's...

Holiday Lights on "The Corner That History Made "

Last Outdoor Grill of the Season.

VETERANS DAY 2021: Thank You for your Service

Last Sunflowers of the Season

HSENJ wants to congratulate the Elizabeth Public Library @eplnj on the opening of their new...

We hope to see you this weekend! ¡Los esperamos este fin de semana!

Come visit the Bonnell House and Belcher-Ogden Mansion, on October 16 and 17 from 12...

We want to invite you to visit our properties, Bonnell House and Belcher-Ogden Mansion, on...

The folks at "The Corner That History Made " welcome your family and friends to...